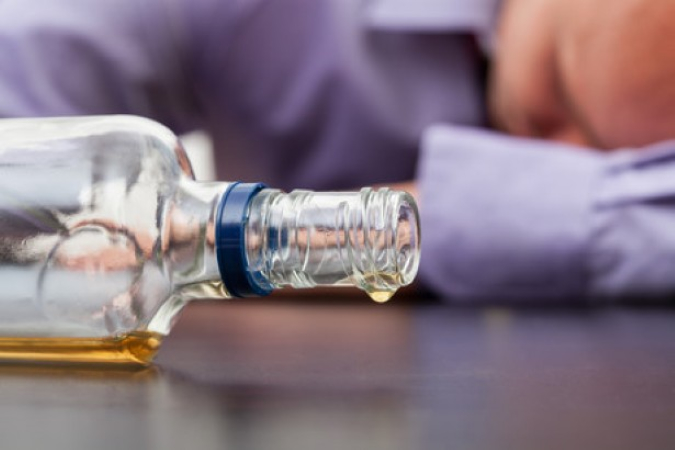 Globally, the state of addiction in our society has reached alarming rates. In the U.S., opioid addiction alone is now considered a public health crisis. In Australia, the number of drug-related deaths among men is at an all-time high, according to the Australian Bureau of Statistics.

To combat that concerning statistic, one Australian addiction psychotherapist is hoping to bring male health to the forefront, and prioritise the treatment of boys and men, especially in cases of addiction.

Mark Stevens, of the Wesley Hospital Ashfield, specialises in treating patients who suffer from addictions and other mental health conditions. It is his mission to raise awareness against drug and alcohol abuse among males of all ages.

“Without treatment, dependence can often lead to significant problems in a number of areas, including social, physical and mental health, as well as work, study, legal or financial problems,” Stevens said.

Taking a closer look at the numbers, the Australian Bureau of Statistics reports that since 2011, the rates of drug-induced deaths have grown significantly. In 2016, the majority of those deaths, nearly three-quarters, were accidental. The other quarter was made up of mostly suicidal overdoses.

Alcohol addiction comes with its own social and economic pitfalls. Research from the AER Centre for Alcohol Policy Research estimates alcohol abuse costs Australians $36 billion annually, and the estimated cost of alcohol abuse is $15.3 billion.

It’s because of those alarming numbers that Stevens formulated a list of seven signs of drug or alcohol dependence. He hopes this list can help curb the cost, both monetary and human.

1.    Impaired relationships: In order to disguise a substance abuse problem, addicts may default to isolation or deceit. Lying to oneself and/or one’s loved ones can be detrimental to interpersonal relationships. Whether or not an individual is successful in masking their addiction, the byproduct of deceit can lead to arguments and distrust among family and friends. The side effects of such substance abuse can also exacerbate the irritability, anger, or mood swings that already distant an addict from their close friends or family.

2.    Problems at, or absences from, work: Avoiding responsibilities can also be a sign of the downward slope linked to addiction. Specifically, when it comes to professional life, struggling addicts can be known to skip work, or neglect assigned tasks. Now that's not to say these individuals are lazy or not hardworking. The issue simply lies with an addict's shifted priorities.

Their drug of choice becomes the sole focus, and the brain's response to drug use makes it nearly impossible for those individuals to concentrate on anything else. Substance abuse can also elicit depression, which goes hand in hand with apathy and loss of interest in accomplishing simple work and life tasks. In extreme cases, it can affect a person's job stability and financial standing.

4.    Feeling depressed or anxious: As mentioned, addiction can lead to other mental health conditions, specifically anxiety and depression. Those suffering from substance abuse issues find themselves in an altered state of mind when using. In that state, they may not respond properly to social cues.

Alcohol is considered a depressant because of the physiological symptoms associated with its use. Simply put, it slows down the body. Abuse can lead to depression and suicidal thoughts. For those already prone to anxiety or panic attacks, the use of some illicit stimulants can lead to paranoia or delusions.

5.    Memory problems, including blackouts: This warning sign can be divided into two types of memory loss. Partial memory loss can occur with just a relatively small amount of alcohol, but a complete blackout refers to a person completely losing a period of time, and can actually be considered a form of amnesia.

Chronic alcohol abuse is alerted by frequent blackouts, and those blackouts can lead to severe brain damage later in life. Loved ones who notice an increasing pattern of memory loss may be able to find evidence of addiction, and hopefully get that individual the help they need.

6.    Physical health problems: Drinking and drug use takes a severe toll on the body. Even social drinkers can tell you that getting ‘drunk’ can mean a loss of balance and concentration, slurred speech, and hampered motor skills.

There is evidence that excessive drinking can lead to far more long-term health problems like sleep problems and weight instability, and sometimes irreparable damage of the internal organs. The stress of hiding an addiction can even put added pressure on an already weakened immune system.

7.    Experiencing withdrawal symptoms, even after reduced intake: Lastly, drug and alcohol abuse can end in withdrawal symptoms if those struggling go without their drug of choice. When the excessive use suddenly stops, the body may experience anxiety or agitation, tremors, fever or chills, insomnia or excessive sleep, or an inability to concentrate. Addicts will continue to use to chase a ‘high’, but also to avoid those painful symptoms. Medical professionals can help to foster a safe environment to allow those addicted to detox.