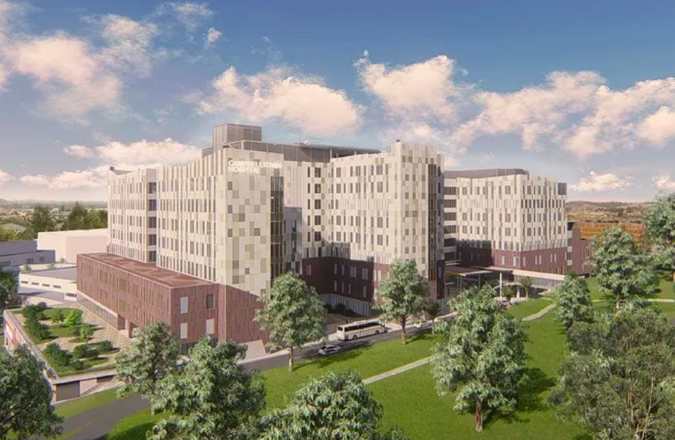 ASX-listed CIMIC Group, Australia’s biggest contractor, was awarded a multi-million construction contract for Campbelltown Hospital second stage of redevelopment. The construction has recently begun and is expected to finish by 2023.

The first stage of the project was completed back in 2016 and was officially opened to the public in 2017. It featured a building with multiple storeys for acute services. It also housed new inpatient wards and the Macarthur Clinical School. All in all, the initial project cost around $134 million.

CPB Contractors, the construction company under CIMIC, is tasked to build the second phase of the construction project. They are expected to generate a revenue of $424 million for the company. Michael Wright, CIMIC’s chief executive, boasted that the group has continued to deliver outstanding health care facilities across the country.

This phase of redevelopment will bring improvements to the campus of the hospital will include a new clinical services building with twelve storeys. It will have a larger emergency department, high-tech patient facilities and wards, and modern mental health units that are located centrally. It will also feature new dental, nuclear medicine, and women’s health services, and improved access to outpatient, ambulatory care, and cancer services. In addition, it will have new intensive care units and operating theaters.

The hospital is intended to accommodate the forecasted increase of Western Sydney’s population, from two million to three million in the next two decades.
CIMIC hits a two-year low

Just last July, the stock price of CIMIC plummeted by 19%, which is its lowest since March of 2017. From January to June this year, CIMIC’s revenue from its construction department slumped by 7% or $3.6 billion in value, and their profit was down by 15 % or worth $268.8 million.

CIMIC disclosed that the profits and cash flows from their construction were declining. Plus, they also sold to certain third parties their receivables almost amounted to $2 billion.

Furthermore, the company claims that according to their balance sheet, their net cash is around $1.4 billion and that they are presently working on $36.8 billion worth of projects which is an 8% increase since June of last year.

Some projects that this engineering giant handles include improvements on the Auckland Airports taxiway, expansion of Coffs Harbour Hospital, repair and maintenance of Sydney trains, several mining contracts, construction of Brisbane’s Cross River Rail tunnel, development of indoor and aquatic recreation center in Christchurch, and several contracts on mining.
CIMIC is also currently into a number of road and rail developments such as Victoria’s West Gate Tunnel project, southeast Queensland’s Logan Motorway project, and Sydney’s WestConnex.

The company reported $367 million worth of profits for the six months of this year and predicted its year-end profit to be around $790 million to $840 million. They proudly shared that they had worked hard on earning $36.8 billion, which is equivalent to their typical revenue for more than two years.

CIMIC also added that they have been bidding for another $60 billion worth of projects this 2019, and another $400 billion for 2020 which includes $130 billion in both private and public partnerships. Plus, they were granted $8.3 billion worth of new projects for the first six months of 2019.