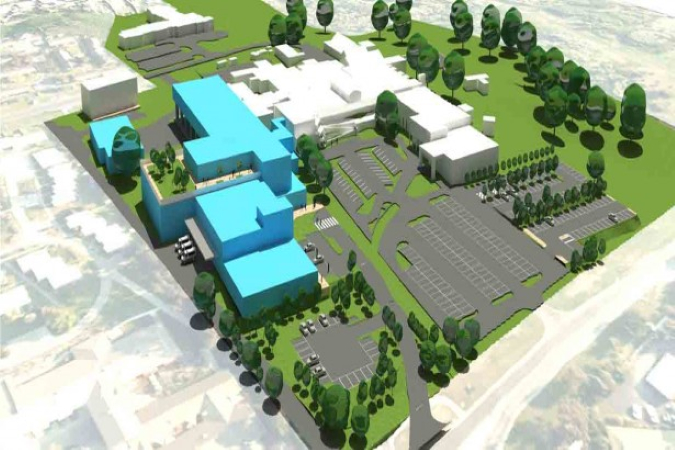 Thanks to the Andrews’ Labor Government funding boost for core infrastructure at Wonthaggi Hospital, patients on the Bass Coast are going to have access to the care they require, as and when they need it.

Premier Daniel Andrews met hospital staff in announcing the local health authority – Bass Coast Health - is to be given a $1.9million boost in funding, funding which will help Wonthaggi Hospital fit the newest air handling systems and other such crucial safety equipment. These upgrades will boost patient care and general work conditions for those who work at the hospital.

The Labor Government’s $200million Regional Health Infrastructure Fund (RHIF) is helping to rebuild rural and regional hospitals. This is the largest fund in its history and it will ensure access for more people to the major care facilities which they so desperately need, regardless of where they come from.

This funding boost is going to help improve facilities for staff, visitors and patients alike. The funding boost for Bass Coast Health should help towards replacing five air handling units, an emergency lift, patient care areas, emergency systems, and new medical air compressors. This upgrade in infrastructure means that Bass Coast Health will be equipped to deal with surgeries on a larger, more complex scale and improve overall conditions for hospital staff.

Initially, Bass Coast Health were provided $3million under the RHIF for upgrades to medical equipment and infrastructure, with this $1.9million boost taking the total up to $4.9million. The 2017/18 Victorian budget delivered $1.67billion in support of hospitals to help provide the level of care which patients in Victoria deserve.

Previous Governments Have Had Other Ideas

The move by Andrew’s Labor Government is a sharp contrast to that of Malcolm Turnbull and Greg Hunt who have historically declared their intention to reduce Victoria’s hospitals budget by $2.1billion, a move that will put thousands of vulnerable people in jeopardy. Given that demand already far outstrips supply, these cuts would put Victorian hospitals and other health institutions at a massive risk.

Across the Bass Coast, such cuts to the hospitals budget will impact patients hard, with the agreement put on the table by Malcolm Turnbull and Greg Hunt estimated to cause an $8.6million shortfall in funding. If you want to put that in numbers, it is the same as 29 less doctors, 69 less nurses and almost 1,400 fewer surgeries.

Premier Daniel Andrews had this to say: “We are taking action to fit Wonthaggi Hospital with the latest, cutting-edge infrastructure that will allow hard-working hospital staff to treat more patients sooner, and closer to their homes.”

In response, the Member for Eastern Victoria, Harriet Shing, said – “Our doctors, nurses and health workers across the Bass Coast region work tirelessly every day to provide their patients with the best possible care. “

“Unlike Greg Hunt who refuses to support local health workers as the Coalition cuts hospital funding, we are determined to provide safer, more reliable and modern facilities as the population grows.”