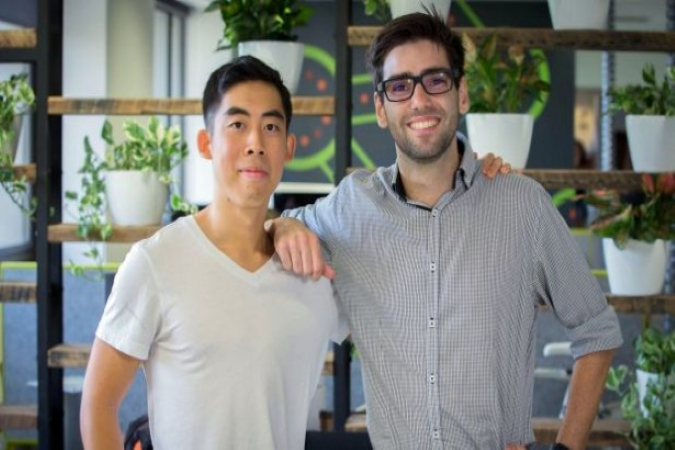 Robert Quinn spent 200 days in a hospital bed following his liver transplant. The reason? His medical staff needed to monitor his vital signs. But this time gave Quinn plenty of thinking time and sparked a new and exciting addition to his career.

“I was just lying there, and I realized basically the only reason I was there is because they needed to monitor my vitals,” Quinn said.

“It was extremely mentally taxing especially as I was a uni student at the time. Even one extra day out of the hospital would have meant the world to me.”

Five years later, Quinn and his company co-founder Wei-Jien Tan are earning grants for Quinn’s idea, the vital signs monitoring patch, a device they hope will allow users to go home while still being medically monitored.

“It’s exhilarating and stressful,” Quinn, who studied mechatronic engineering and biomedical science said. He started the company, Patch’d, in early 2017.

“As I said to my mum it’s the best job I’ve ever had because this is an opportunity to do something I care about. I don’t mind that I’m up til 10 at night or working weekends.”

Patch’d is currently testing their product, worn on the torso, on potential patients and searching for ways to get Patch’d in front of hospitals in Australia and insurance companies in America.

In Australia, the patch might get marketed initially as a class 2 anxiety device. But in the U.S., where a single day’s hospital stay costs thousands, their efforts will focus on the insurance companies.

“We need to figure out which pathway to take in terms of regulatory approach and that will determine whether we stay here or go to the American market.”

Quinn admits there are other monitors on the market, the most popular being U.S.-based Fitbit.

“I have a Fitbit,” Quinn said, “but I use it to read my text messages.”

“The Fitbit heart rate monitor is somewhat prone to error. What we want is to be highly accurate and more of a clinical product rather than a fitness wearable.”

Patch’d won the best business idea grant from St George Bank, but runner-up was a Canberra-based company called Goterra, who use modular mobile insect farms to turn food wastage into feed for livestock.

Founder Olympia Yarger is developing a modular system that takes wasted food like restaurant leftovers and produces live crickets that can be fed to chickens, pigs, or pets.

“Food miles are becoming less and less feasible. We see insect farming as an industrialized solution to an industrial issue,” said Yarger.

“Consumers now want to know the story of their food and they want to fall in love with their food so farmers are starting to have to tell stories about their food. The insect feed gives the farmer a really great story to tell as well as a waste fix.”